This is an archive of a consumer complaint published against Upstart at DirtyScam.com-

When I approached them while looking for a loan, these guys made me submit unnecessary documents that none of the other financial institutions ever asked me. Anyway, I did that. They asked me in intervals. Once the documents were finalized in bits and pieces, the agent told me that the loan would certainly be approved for the said amount.I needed the amount soon. They said that it would be done on time. They did provide me the loan amount on time, but the amount was less than the agreed amount. These guys take away money from the approved sum right under your nose and you cannot even dispute the matter. For some, it may not matter but it was a big deal for me.However, I adjusted. I wanted to pay the loan early and these guys would not let me do that. They have all these questions which should not matter to them if someone wants to close their loan account. They would ask about the source of that kind of amount, the reason for closing the account and many other questions without any meaning for them unless they wanted to keep me paying more through adding their interest rate.They will take no pain in skyrocketing your interest rate in very short term and would spoil your credit score for no reason. Even when I tried to pay my first instalment, they made sure to add the late fee because of their incompetency or mere greed. I tried to make the online payment which was rejected, I do not know why. Their website seemed too slow or unresponsive. Hence, I mailed them the form and the check to pay the first instalment.However, I received an alert that I was 3 weeks late. I could not understand why because my letter was sent way before the last date. It showed me received and I believed that they would have process the instalment. But, only after the alert, before I could have reached out to them to check for the payment, I received a courier with the letter I sent to them.I called the guy and asked what the reason was for returning my letter and he suggested that I must have filled inappropriate details or would have sent incomplete form. This was not the case at all. I had sent them the right paper with all the correct details. To check the same, I resent them the letter and this time, it was approved with the updated check including the late fee.This is how they work, it is nothing more than a scam. You guys are not helping people. However, you are ruining their financial credit and making them pay for your greed. I should not have gone to this company. There are so many companies that provide great experience to their customers. The only reason I chose this one over others was that it promised fastest loan approval. But, if this is what it costs, it is better to have patience. 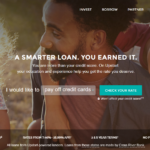