This is an archive of a consumer complaint published against Urban Spaces Realty Group at DirtyScam.com-

Was recently “shown an apartment by Eric Iannuzzi at Urban Spaces Realty Group.I say “shown because all this jackass did was let us in the door.He then spent the entire time we were there texting on his phone.Never said a word to us. Never made eye contact.When I had the temerity to ask a question about the space he seemed annoyed, as if I had just farted.The apartment, by the way, was a grim dump.After we completed our self-guided tour of this hellish shoebox, Iannuzzi just said “Good luck and didnt even have the courtesy to show us out.I immediately struck him and Urban Spaces Realty from the list of brokers Ill be dealing with in the future. 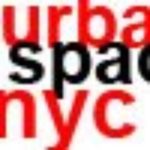