This is an archive of a consumer complaint published against Val Chris Investments at DirtyScam.com-

I applied for a Bridge Loan through Val-Chris Investments, Inc. because I needed money in two weeks to update a commercial property I own.The time frame was imperative and recognized by all.The agreed upon APR was 10% and 5 points upfront on an interest-only three-year loan.Awful terms, but we needed money fast before we lost the potential tenant.I was told the loan would process and fund in under a week.The process started on October 22nd, 2018.In the initial paperwork, the company tried to charge me 7.5 points instead of the agreed upon 5 and an additional $998 above the two other random $998 charges that I had accepted.I refused to sign that doc and was ready to walk away from what I recognized as predatory lending practices.They changed the terms back to the original and we moved forward.I signed the loan docs on Thursday, November 8th, 2018.The funds were promised the following day (Nov. 9th) or the following Tuesday at the latest.By Tuesday the 13th of November still no funds.They told me they needed personal account information instead of Trust Account info.I provided. Nothing. Then they required proof of insurance.That was done the same day it was requested.Then they required that I sign another balance sheet.They kept on putting off funding until yesterday, November 21st when they informed me I had to sign yet another before we closed on the loan.At that point, I told them to forget it as I had found other means during the long wait for the money.They then told me the loan had already funded.No funds were in my account and according to the email they sent, we had still yet to officially “Close (documentation attached).They said theres nothing they could do. I closed the bank account so they would not be able to transfer the funds after having failed to produce the money in a timely manner.As of now, they are trying to move forward and have stated that they will put a lien on my property although I havent received a dime from them and they did not fund in a reasonable amount of time for a Bridge Loan.The high rate and points were acceptable for the sole purpose that the turnaround for the time was VERY fast.I could easily qualify for traditional funding and expedite that if I had been informed that the loan might take more than a month to process.Thats not acceptable for this type of loan. Neither were their predatory practices. 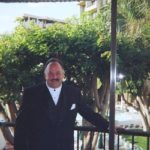