This is an archive of a consumer complaint published against Vantage Point Bank at DirtyScam.com-

If negative stars were an option, Vantage Point Bank would definitely have earned them.They were entirely unable to meet deadlines and almost cost us the house we were purchasing more than once.They cost us multiple thousands of dollars in concessions to the sellers just to keep the sellers at the table and the deal on.Almost 2 months after closing on our house, they STILL dont have all the paperwork right, despite the papers being signed over and over again.Last week they realized they failed to do the paperwork to fund the second half of the home improvement loan.This realization came only AFTER we asked to confirm the loan was all set so we could have the contractor start the work.A few days after being told it was all set and there were no problems, we were informed that they had COMPLETELY failed AGAIN at doing their job, and that we needed to bring another $5,000 in cash to complete the construction loan.A very good source told us that our loan, along with all others Vantage Point was underwriting at the time were stalled on purpose due to the bank having run out of money and legit not being able to fund the loans they were underwriting. This HAS to be Illegal.This review doesnt come close to the explaining the extent of the anxiety, stress and financial botching caused by Vantage Point. AVOID AT ALL COSTS! 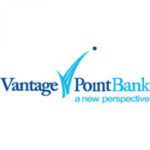