This is an archive of a consumer complaint published against Vault Mortgage Group at DirtyScam.com-

Two months ago I received notice that my landlords were selling our home. We made an offer that they accepted and we began the mortgage process.My realtor suggested I work with Richmond Kuduo who is a Broker with Vault Mortgage Group.From the start I was weary of his overt enthusiasm and his promising that hed get me a loan without having looked at anything.My husband and I had a short sale that was a few months of being two years.Richmond knew all about our short sale and promised that it would not affect the loan.Each time we spoke, hed promise that things were great and there were no issues.We planned for a 21 day escrow, and Richmond said he would alert me within 15 days of escrow if there were any issues.At the end of 21 days Richmond stated he need an extension to get some more paperwork processed but that again, he promised things were going to go through.At the end of the second extension, we get a call that in fact the loan was not going to go through because.of the short sale that we told him about the first day we spoke!Richmond blamed the underwriter, my realtor, his co-workers and even me.He absolved himself of all blame and claimed that he never promised me anything.Things were so bad that his office manager had to get involved and even he realized that they had ZERO loan products that we could qualify for.Not only were they leaving us out in the cold, the Sellers were nervous because Vault promised them that everything was fine also.Vault never mentioned during the entire 31 days that they were working our loan that there were any issues.Because of them I had to scramble to find a new lender within the 15 additional days that the Seller was giving me, and release my $10,000 deposit to the Seller to get those days.Luckily I found a miracle worker rock star lender who MADE IT HAPPEN!I am happy to say I now own the home and my new lender got me an FHA loan at a great rate. This is something that VAULT said COULD NOT HAPPEN!I say this all to say that you need to be very weary of working with Vault, especially Richmond. 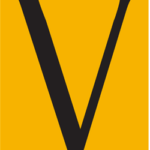