This is an archive of a consumer complaint published against Via Christi Clinic at DirtyScam.com-

I went to Dr Walton because my lower back and hips ached terribly. Dr Walton treated me like I was crazy (because I take Seraquil), and like I was pill seeking.I described my pain to her and my concern because this issue happened suddenly.She gave me a script for inflamation and that was it.I was curious if maybe I should have x-rays or an MRI. She wouldnt even entertain the idea.Some time later the pain became unbearable.I made an appointment with another Dr. Who gave me a steroid shot in my hips and scheduled an MRI.The steroid shot didnt last long but gave me the immediate relief I needed.The results of my MRI showed 2 ruptured discs.Thanks Dr. Walton for the judgement, mistreatment and totally unethical treatment.I really appreciate you dismissing me.I also didnt expect the level of predjuice toward caucasions you seem to have. 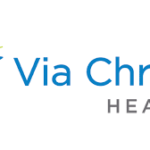