This is an archive of a consumer complaint published against Vultr at DirtyScam.com-

I used their cloud server for hosting and in only few months got fed up with their product and services. These people are Vultr wont help you at all. Their products are worthless and should be shut down. They advertise for high uptime, while their server is mostly down for 7-8 hours every day. I am not sure about anyone else, but this was the case with my hosting plans.My most of the task happens online. My customers are online and orders come through the online portal I have. However, after I shifted my services to this company, I have been losing my customers because of inconsistencies. When I started using the service, things seemed fine for first month. The loading speed was great and there were no downtimes that I can remember of. I never had a chance to contact the support team for any problem. However, after the first month, everything went down.The intermittent problems made things worse. It was for two months I kept creating tickets. Every company goes through problems and I thought the same is happening to these guys. The problem was they never answered the tickets. Sometimes, the downtime even stretched to 72 hours or more. We were losing a lot of orders and our customers were starting to use our competitors website for purchases.I highlighted the same problems with these guys. However, they have nothing to do with their customers issues. This is what I learned about this company when the problems started. They will tell you that the problem will be sorted in an hour and when you would call back after an hour for the same problem, they would reject your call. I mean, come one, we are paying huge money to ensure that you keep our websites up and running.They claimed that their charges were minimal which is completely a lie. But I ignored understanding that they must be providing best service. They started charging nonsense and unusual fees. The bills were never in sync with the plans. I had to call these guys a number of times to understand what they were trying to do. Sometimes, they would even send bills in between of the term time. I was already frustrated with that part when things started falling apart.How come a business can run if the hosting service is so incompetent. My older service provider was better and much supporting. The only reason I shifted to Vultr was the price difference. Which again is an illusion. They actually charge much more than the other players in the market. You would be tired of paying off their debts. These are leeches who are only providing service to suck blood of their customers.I have been dealing with them from last three months and it is beyond frustrating. I was promised the sky and I am not even given a proper place to put my feet onto. These people are very shrewd. They know how to sell same service for different prices. They scammed me. And, the story does not end here.After I disconnected the service after three months, these people created a fake VPN and started charging me for the same. They deducted the amount for next three months at once. I never paid or requested for that service. When I called them to understand what was happening, they shut me out.I had to call three different people to ultimately understand what was happening. I told this guy who answered my call to waive the fees for the service I never used and he told me that it was impossible.How can they charge me for something I never requested and can have the audacity to refuse a refund? I asked for the supervisor and guess what, they put me on hold for an hour. When no one returned I disconnected the call. I called back the next day and had the same experience. The third day someone told me that he was the supervisor and assured that the amount would be refunded. He said that an email will be sent about the confirmation of the refund in two days.I did receive an email after two days. However, that was not the refund email. The email said that they had cancelled my service and I had to pay another $30 to settle the account. I was so furious after checking that mail.I did not call them because it would be worthless. Inspite, I decided to write about my experience online. I want them to be known to everyone. These guys are monsters. They are after your money. There are so many customers who have gone through the same problem and all of them are still waiting for a resolution.I am not someone who would give up just like that. I have disputed the amount through my credit card company. I am not sure if after so many days they would be able to retract the amount, however, I am waiting for the same.I am certainly going to report these guys to as many portals as possible. I have been fighting to get the money back. And, at the same time, I want them to understand it is not easy to get away with fraud. They cannot just cheat people and sleep calmly at night. They must pay for what they have done to every other user.I am going to take them to the court if possible. These people will have to pay back my money. Do not pay Vultr. It is better to throw your money in the bin than to throwing away on Vultr. 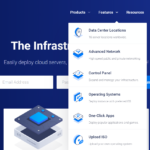