This is an archive of a consumer complaint published against Wealthy Retirement at DirtyScam.com-

Wealthyretirement.com boasts of planning a retirement plan for you that would help you remain wealthy, even after retirement. Their website is full of blogs related to investment after retirement for seniors and others if interested. I landed up on their website and asked my wife to check it out for our future. My wife was convinced so we decided to drop by their office and get the formalities done. We contacted the representatives and he asked us for an appointment and we gave him one. Instead of dropping by their office he said that he would come to our place. We were fine with it because he was from the company.He came to our place, showed us the presentation and the plans that were available and asked us, which one we would wish to opt for! We told him that we would discuss internally and then tell him and call him again or drop by the office to push the proceedings further. He said that it was more comfortable for him to drop by rather than for us to drop by at the office. We were quite hesitant to see the hesitation on his face whenever there came a talk that had we dropping by the office. So, I decided to call the office myself and ask if he was the agent of the office or not! We enquired and got to know that he was an agent. So we were relieved a little bit. Some days later, my wife called him to acknowledge him that we were interested in a plan and ask how to pay to subscribe to our plan? He said he would let us know in some time. We waited and he did not call for a day. The next day morning, when we were going to call the office, he called up. He called and said that there was no need for us to come to the office to pay and that he would collect the payment from our office by the evening.Come the evening, he took the payment saying that he would deposit it in the office and acknowledge us when the check will be deposited and the other formalities would be handed over to us within a day or two. One week passed by, our check was deposited, the amount was debited but there was no notice of him. The day our check was deposited, my wife asked me to enquire about it at the office but I was a fool. I denied doing so, saying that the company was a trustworthy one. We enquired in the bank the amount was deposited to the account named Wealthy Retirement. So we were relieved thinking that there might have been some confusion, but our money was in safe hands. I and my wife decided to visit the office the next day. We visited the office and there we are told that there hasnt been any agent by the name that had come to meet us. We were shocked and asked to make us talk with the telephone representative that had confirmed to us that there was an agent by that name. In the office, they had many telephone operators and no-one confirmed talking with us. We showed the number to the office on which we had called them before and we also provided the number of the agent and tried to get in contact with the agent.The agent picked up our call and we discussed the matter with him. He said that because of some issue he was no longer working with Wealthy Retirement. We asked him to meet us and brief us about the money that we had given him on the name of depositing it to Wealthy Retirement. He said that he had deposited it in a company that was even more beneficial than Wealthy Retirement. We said that we could not trust him anymore and asked him to gives us the money back. He said that he could not meet us. But he will have to ask his boss if we wanted our money back. Till that time we threatened to sue Wealthy Retirement if they did not tell us the truth. Then they told us how they outsourced their agents from a company who had some issue with them because of which every agent that that company had supplied them had taken back their contract. We asked them the reason why they had not told us before, what they were telling us now.The manager at Wealthy Retirement told us that he would land up in big trouble if he had told us this before so he tried to dodge away from the problem by telling a lie. In the meantime, the agent contacted us and told us that his manager had denied returning the money and was arguing that if we wished to withdraw the money then why had we, in the first place, deposited it? We asked the agent to give us the managers number and the name of the company in which he had deposited the money, which he denied. And we could not contact the person anymore.If there is such a scam happening under the name of any company, who is supposed to be held responsible, but the company itself? Because of their issue with the company which used to outsource them the agents, we had to suffer thousands of dollars! Wealthy retirement is not how it looks online on their website. It is a company with lots of issues with other companies which in turn leads to the loss of their customers money for no good reason. Please be aware of this company and keep a check on any companys agent service, whether they are outsourcing it or not, and if they are outsourcing it like wealthy retirement is, please avoid it to avoid your money going into the hands of its agents and not for any retirement plan that you have chosen! 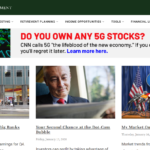