This is an archive of a consumer complaint published against Wescom Credit Union at DirtyScam.com-

After speaking with a loan officer at the Ontario branch, I applied for a car loan with a cosigner whose combined credit score is 756.I have a serious error on my report that had previously been 750 only a month prior.The error is being disputed after receiving documentation from the creditor showing that my account is in good standing.However, this morning I received a phone call from Armando at the Pasadena location who continued to raise his voice over mine after I told him the item is in dispute.He was combative and rude, so I concluded the conversation.Im in a bind because Im retiring my car under a State program and the dispute which will go my way, will not be completed before the down payment voucher expires.Within 30 days, however, my score will return to 750 and Id just have them rewrite the loan without the cosigner.Who would turn down a car loan when they have equity in the vehicle and I have more than enough income to make monthly payments?Wescom, thats who.After six years of doing business, Im going to re-evaluate my relationship with this credit union.A bank is offering me $300 to switch. 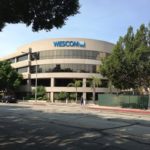