This is an archive of a consumer complaint published against Westerra Credit Union  Arvada at DirtyScam.com-

Ive never had so many issues with Westerra Credit Union  Arvada in 15+ years than I have in the past 3 months!All I wanted to do was refinance a home loan with them, but the service I received was very unprofessional.I went into the Aurora branch in November to refinance a home loan with my father, who only speaks Spanish.I was doing all of the translating, but the agents there mentioned there was an agent at the Arvada branch who spoke Spanish.We were assured this would be an easy process, so we met with Amanda Olivas (Mortgage Loan Officer, NMLS 534618).We met a few times, spoke on the phone, and were told the loan was in underwriting on Nov 27.From there, we did not hear from Amanda at all for the month of December.I figured the refinance was taking a long time, or perhaps she was out of the office.So I waited and waited until finally reaching out early January.The phone number listed on her email went straight to voicemail so I proceeded to leave her several voicemails at several different times of the week requesting some sort of communication.I had to call into the general number and request a supervisor before Amanda picked up the phone and let me know that there were issues with my loan.I asked why she didnt communicate this to me sooner then, she blamed her “processing coordinator for not getting back with me.I asked what the next steps were, she gave me an option and I sent her the additional documents she needed that same day while on the phone.This was on January 12 and she told me since it was Friday, and Monday, January 15th was a holiday, she would reach out to be on Tuesday, January 16th with a closing date.This did not happen, she did not reach out ever. I gave her until Thursday, January 18th before I called.We left several voicemails again, but there was no further contact from her via phone or email.On January 25th, I reached out to Mark Stazzone for assistance.He was an Assistant Branch Manager at the Aurora location and got me in contact with Mortgage Sales Manager Lonnie Burkholder.They both apologized greatly for my troubling experience and assured me this would be personally handled by them from here on out.I emailed the additional documentation requested to Amanda and Lonnie on January 27th and received an email back on January 30th to verify the new rates I was being offered and if I still wanted to proceed.The interest rate had now jumped from 3.75% to 4.5% but I agreed and responded right away that this would be fine.That was January 30th. I did not hear back so I reached out via email again on February 6th, 12th, and the 13th without any responses.Finally, Amanda says she left a voicemail and when would be a good time to call again.On February 13th, I asked her what number she called and that she could call one of two numbers ASAP.Throughout our communication I repeatedly confirmed my 2 cell phone numbers, via phone and email.There were no voicemails or calls to either of my phone numbers.I reached out again On February 14th and let her know that she could call that day as well, since she did not call the previous day. No answer.I reached out again on February 15th to see if that day would work, no answer.I CCed Lonnie Burkholder to the entire thread of emails and asked on February 15th if a call could be accommodated that day, since I was going on vacation.It is now February 22nd, I left for vacation and came back and still no email back from either of them.I called in for Mark Stazzone, seems he is no longer with the company so I was advised to leave a message for Lonnie.That was early this morning, and I still have not gotten any word back.Between all the back and forth, Ive felt like I just want to get this done or be told no.Either option would be fine at this point but I feel very taken advantage of.Im not sure if this is because I am young, or because my father only speaks Spanish, but the lack of communication is out of control.If something is wrong with my loan or additional documents are required, I expect to be told right away so I can make the appropriate adjustments right away.Im hesitant to contact another branch since I feel I have invested so much time and effort into this with Westerra, that I would hate for it to all have been for no reason.However, at this time, I am still waiting on a call back from Amanda, Lonnie, ANYONE so I feel there really has not been any progress made. 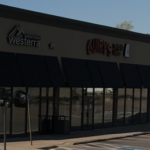