This is an archive of a consumer complaint published against Wheaton Franciscan Medical Group at DirtyScam.com-

On Wednesday August 29th, 2018 my wife and i walked into the emergency room at Wheaton Franciscan Medical Group due to my wife having severe tooth pain.We saw a male nurse, and a male doctor on this visit. This visit was wonderful, we were treated great and received exceptional service.They prescribed my wife some pain medication (12 pills in total) until she could see her dentist that coming Friday.Friday came, my wife had 4 teeth pulled and was prescribed pain medication by the dentist (12 pills).Fast forward to Tuesday, September 4th, my wife and i walk into the emergency room once again at Wheaton Franciscan due to my wife suffering from severe pain due to having 4 teeth pulled, and having ran through both prescriptions (as a side note, the prescriptions read “take one pill every 6 hours, do the math through-out a 6 day period and they were taken as prescribed) .We were greeted by a Physicians assistant by the name of Rachael Larosa, who right off the bat came across as cocky, arrogant, and rude, as if we just interrupted her Phone time.Without performing any vitals on my wife, she briefly looked inside of my wifes mouth and then says “well im not a dentist i need to figure out what to do hereREALLY? I then asked her if she can confirm to us that a piece of tooth was still stuck in one of the sockets in my wifes mouth (the dentist never extracted the entire tooth, he missed a piece).Rachael then looks at me and says “Well like i said, im not a dentist, so i cant do that. Really? I am not a dentist either and i checked my wifes teeth, i just wanted confirmation, a second opinion, and instead i was greeted with a snobby,very rude remark!Rachael then leaves the room after telling my wife that she will see what she can do for her.Fast forward 15-minutes and a nurse walks in the room with a prescription for benzocaine, YES, Benzocaine!My wife is crying in pain, has 4 huge holes in her mouth, one of which still has a piece of tooth in it, and “Rachael Larosa prescribes my wife something that is the exact equivalent to Orajel!Now if this wasnt a big enough slap in the face, it gets worse! Attached to the prescription paperwork was a note which read “We cannot prescribe you anymore narcotics for dental pain, my wife and i immediately ask the nurse what this meant .She told us that “She (Rachael Larosa) did not feel comfortable prescribing pain medication to my wife.Basically what this told us is that Rachael believed my wife was only there to get high off pain medication, as if she (WE) are some lowlife-junkie of some sort!We have NEVER felt so insulted in our lives! We have a beautiful house, 5 wonderful kids, and for her to treat us as if we are some drug addicts who just walked in from a Chicago alley was not only insulting, but the most sickening display of unprofessionalism i have ever come across!In a 3 year period, and only living 6 minutes away, we have been to the emergency room of this hospital a total of 4 times, yes 4.Once because my wife had a cut on her eyeball, the second time was because my wife had a miscarriage, and the last two times were because of this tooth situation.We have NO history of walking into Hospitals and abusing pain meds! Honestly, how low does someones IQ have to be to prescribe a numbing gel for what CLEARLY is something MUCH more serious?We left the hospital that night in disbelief, with my wife crying the entire way home, feeling helpless.That same night she cried herself to sleep in pain, and the next night.It has now been 2 days since she was denied medication at Wheaton Franciscan, my wife is in excruciating pain laying in bed screaming out that she just wants to die!She refuses to go back to our original dentist as leaving a piece of tooth in its socket deemed this dentist untrustworthy.We have since made an appointment with a family recommended dentist, but his earliest available appointment is September 21st, so who to turn to? What has this world come to when a person in need of help is denied by the very people who claim this as their profession? Denied help because of a Physicians assistant whos intelligence sinks well below that of Forest Gump!I have personally never felt so helpless, hopeless, and frustrated all at the same time.How Rachael Larosa talked to me and my wife was appalling, we have never felt so disrespected!Then to add insult to injury she prescribes tooth numbing gel to someone whos mouth has just been ripped apart.This woman does not belong in customer care, let alone working as a physicians assistant.At one point in my life i owned 2 Rosatis Pizzerias (along with my previous partner) in the Chicago suburbs, customer service was always my number one goal, and that hard work payed off, as business boomed.Point being, i would have never, ever talked to one of my customers the way Rachael talked to me and my wife, EVER! Unless life threatening, we will NOT be go back to this hospital! 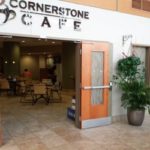