This is an archive of a consumer complaint published against Whelan Financial at DirtyScam.com-

I invested my money through Whelan Financial (WF) for roughly a year and have (or had) some serious concerns that I think anyone considering them for financial advising should be aware of.This was my experience, and is my opinion, but hopefully the information here is helpful for those of you trying to find a good adviser.My expectations of a financial adviser were very clear when signing up with WF.I expect clear & prompt communication when there are any changes or issues I should be aware of regarding my investments.I expected that if there were options I wanted to purchase they would assist me in that process; and I expected that if the market is going up, my money is going up. Unfortunately, WF failed at all three of these expectations.First was communication. I will say that WF was better at communicating than my previous adviser, but our last communication was by far the worst.Up until that point I had been disappointed with WFs performance, but I have a tendency to give people second, third or fourth chances.I had emailed my adviser and said that I was concerned that my account was under performing and that I thought having a call to discuss this would be beneficial.Problem #1 was that WF never responded to my email expressing concerns. Problem #2 was their response to my concerns.After emailing them a second time after not receiving a response, I finally got a call from my adviser.She informed me that because MY expectations werent being met by WF that they would no longer work with me.Im still not sure what logic she was using there, but okay? It sort of felt like one of those break ups where your ex says “its not you, its me.Of course in the subtext was the “its youbut Im just going to say its me so we can end this faster.During our breakup call, I told her that I was disappointed in her decision, but given the unplanned nature of our breaku.I asked whether WF would continue to manage my investments while I looked for a new adviser.Her response was an unequivocal “no. There was no “sure, how about in a couple weeks we formally separate.Nope, it was just a sharp and unexpected break. Keep in mind that we had never so much as had an argument up until this point.There was no name calling, scolding or even harsh tones during our previous conversations.This was 100% out of the blue (at least for me). In the end, anyone who is that unprofessional and behaves in such an immature manner isnt someone I want to hand thousands of dollars over to manage.That level of volatility is probably the last characteristic anyone should ever want in a financial adviser.The second expectation was that if there were options I wanted to purchase they would assist me.Rather than assist me, they broke my account in two and told me that I could manage my own purchases and they would manage everything else.Thats not helpful to me, thats pushing the responsibility onto someone else.As a result of this, when I went to purchase options during an upcoming IPO, my account had not been properly configured to complete the purchase and I was unable to buy the options I had been waiting over a year to become available.The third expectation was that if the market is going up my money should be going up.I guess the upside to WF splitting my account in two is that I could watch my stock performance and compare it against WFs investments.Where my individual purchases over performed and beat my expectations, the WF investments significantly under performed.Not only did my investments not grow, but (as mentioned earlier) communicating that I had concerns resulted in WF breaking up with me.As with any breakup, Ive moved onto better things, but I wanted to share my experience for those of you who are looking to WF to manage your finances.If youre looking for an adviser that you can trust, that wont make volatile & hasty decisions,that will be dependable & professional and will to commit to you as much as you commit to them, consider this feedback and make an informed decision. 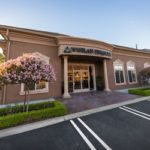