This is an archive of a consumer complaint published against Wichita Surgical Specialists PA at DirtyScam.com-

I was referred to Wichita Surgical Specialist by my General Practitioner for a routine procedure.The pre-procedure office visit was simple enough, though how complicated is to to weigh someone.I was then given what appeared to be a couple of brochures and told to show up at a future date for the procedure.There were some highlighted areas in the instructions and some scribbled instructions too.I followed the instructions and showed up for my procedure only to find out they failed to tell me the procedure was was to be performed at a different location.I managed to rush to the second location and still arrive on time but a little frazzled from the events.They asked me if I had filled out the admittance paperwork. I was not given anything that resembled admittance paperwork.Upon later inspection of one of the brochures I found the admittance paperwork folded up inside it.In the process of filling out the admittance paperwork after rushing to the second location I came across other instructions and found that there were other deficiencies in their procedure day instructions.My anxiety continued to grow. I managed through this too only to be confronted with some unnecessary and badgering questions being asked in the admittance process.It was later explained by another higher up staffer these questions were unnecessary.I finally submitted to my anxiety and called off the procedure.I did this only after confirming there was to be no charge incurred for the cancelled procedure.I was given assurances there was no charge. I later received a bill for the initial office visit.The office visit that all of the calamity that ensued stemmed from.I called the office and after dealing with incompetent phone staff and another layer of incompetent office staff I finally found someone who seemed to care that my experience was frightful.They waived the charge. The topper came in the mail today.Because of their incompetence they are now refusing to see me as a patient.Oh, they sent me 2 copies of the same letter telling me so.They are -in a word  Incompetent. 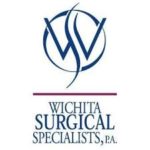