This is an archive of a consumer complaint published against Wilbur Properties at DirtyScam.com-

Dealing with Wilbur Properties was the most frustrating and irrigating experience in the past one year.I might not say all employees from Wilbur Properties are awful, but Julia, the agent I dealt with, was very unresponsive to our requests.I also tried to reach Alex Wilbur and Anne Wilbur and brought the problems to their attention through email, but they also never responded.There are several things that upset me and my housemates most:(1) Unresponsiveness: It took Julia and the handymen more than a month to fix the heater in the unit, during the period we called and emailed her many times, but most of the time (during work day, work hour) she didnt answer the phone at all.The handymen came to the property a couple times, but every time they came (except for the last time), they couldt figure out how to fix the heater and told me they had to ask Julia.But they were also unable to get in contact with Julia, and thats why they had to come and leave without fixing anything several times.By the time the heater was fixed, one of my housemates got sick due to the coldness in the apartment.The garage door was broken all the time. I contacted Julia many times and she said she would send a technician to fix it.”Fixing the door took several weeks due to the similar problem as the handyman case, and every time I had to take half a day off from work because Julia asked me to be present when the technician came.It was a waste of time since many times Julia didnt answer the phone or respond to messages, so the technician simply left.Afterwards, Julia just claimed the door was already fixed, but the fact is, anyone can manually open the garage door without a key from outside, even on the day I moved out. But Julia insisted its fixed.(2) Not sticking to promises: Before signing the lease, Julia promised that one bathroom would be upgraded soon, but after we signed the lease and moved in, she declined the upgrade, with the reason that “the owner changed her mind.(3) Outrageous amount of deduction from security deposit: the owner deducted $1,399.99 out of $3,950 of the deposit. Including a $755 cleaning fee, and over $500 fee for cooktop replacement, just because of normal scratches on the stove surface.I am very certain this number is exaggerated after asking some other friends with more experiences in renting and leasing.Before moving out, we did hire professional cleaners to clean the unit.One friend of mine was deducted a similar amount of deposit, sued the landlord in a court, and won. I will probably do the same.(4) I tend not to believe its the homeowners fault. After all, the owner emailed important notices from the community and asked Julia to forward the notices to me.Julia said she did sent them to me but actually I never received anything like that.I only found this out from a attached email that Julia forgot to delete.Lastly, some of my guesses: the owner or/and the agent might think I had a good deal for renting the place, since they might have expected a higher monthly rent.But actually I saw from zillow that the properties wasnt rented out for more than 90 days after listed.I also heard from the neighbors that a previous tenants in that property was asked to move out before their lease ended. 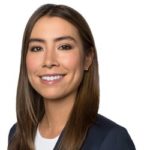