This is an archive of a consumer complaint published against Williamson & Company at DirtyScam.com-

My husband and I used Williamson & Company for several years because my father in law was already a client.Since last year, we have all left this company.Each year, the errors became more and more careless, and for one tax year we ended up paying over $700 in penalties and fees (not including the additional tax we also had to pay) that we would not have had to pay but for their incompetence.In addition to errors in tax calculation, once they even sent our tax forms in an envelope that they forgot to seal, causing our personal tax information to spill out at some random mail handling facility (which, fortunately, returned our forms).I could not recommend more strongly NOT to use this firm. 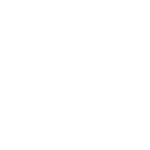