This is an archive of a consumer complaint published against Wintrust Mortgage at DirtyScam.com-

Wintrust Mortgage made selling my property one of the most stressful events in my life.Eric Martin and his associates did not answer phone calls.They made multiple timeline promises that they never once upheld.If Eric said something would be done on Monday, Tuesday night he would respond via email to explain that (insert excuse) is not allowing the clear to close to occur until that Friday.Then that Friday, we would simply not hear from the company until the following Monday.They do not work weekends, even if they are behind schedule.They have a very poor ability to communicate, especially with the realtors.We came to an agreement of sale in January and due to Wintrust, the settlement was not able to happen until June.The first settlement date was scheduled for March, but it took Eric, his boss, and Wintrust THREE extra months to pull themselves together.Do yourself a favor and NEVER use this company for a mortgage.Buying and selling property is stressful enough. 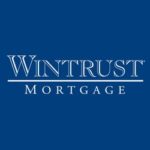