This is an archive of a consumer complaint published against Wolf & Company PC at DirtyScam.com-

I hired Wolf & Company PC back in November to do accounting and taxes for my small business. Unfortunately, they have been a near complete failure.In early November, they promised to start on my account. Numerous delays later, they finally started in late Dec (a near 8 week delay with no explanation other than  I apologize for losing sight of this project.Whats worse, the project they undertook has been a utter failure and ineffective.Every service rendered thus far has been for zero gain. The company seems uninterested in small business owners.I have had a simple request to update my mailing address with them since November and still they are sending mail to an old mailing address.Back in Feb they stated that theyd get back to me with a promised resolution in a few days; multiple weeks past and there was no resolution nor communication.At that point, I sent them an email stating I wouldnt be working with them any longer given their complete failure and lack of communication.Of course, in the interim they sent a bill of $3,000 for services that were not rendered and useless.I told them nullify that invoice since they had simply failed at doing the work they were hired to do. No response.Im fairly appalled by their poor and non-existent communication. I would simply not recommend their services to any small business owner, period. 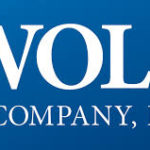