This is an archive of a consumer complaint published against Wolf Rob & Associates at DirtyScam.com-

He strung me along, cost me thousands of dollars, lied to me, than fumbled the deal. Im not the only one he pulled this stunt on.I wanted to purchase a property on Newton Street in San Francisco.I had a large down payment but needed a some extra to purchase this property.Rob Wolf came to me highly recommended. He promised to get me the loan I needed than proceeded to string me along and lie to me.The closer I got to closing the more Rob gave me the silent treatment.Thousands of dollars in fees later he assured me the deal would go through.I expected to hear from him on the day of closing, but nothing.The day after closing, I called Rob and he said he was sorry but he could not get the loan funded so the deal fell through.He did exactly the same thing to a friend of mine who wanted to purchase a property on Nailer Street. 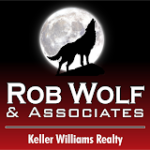